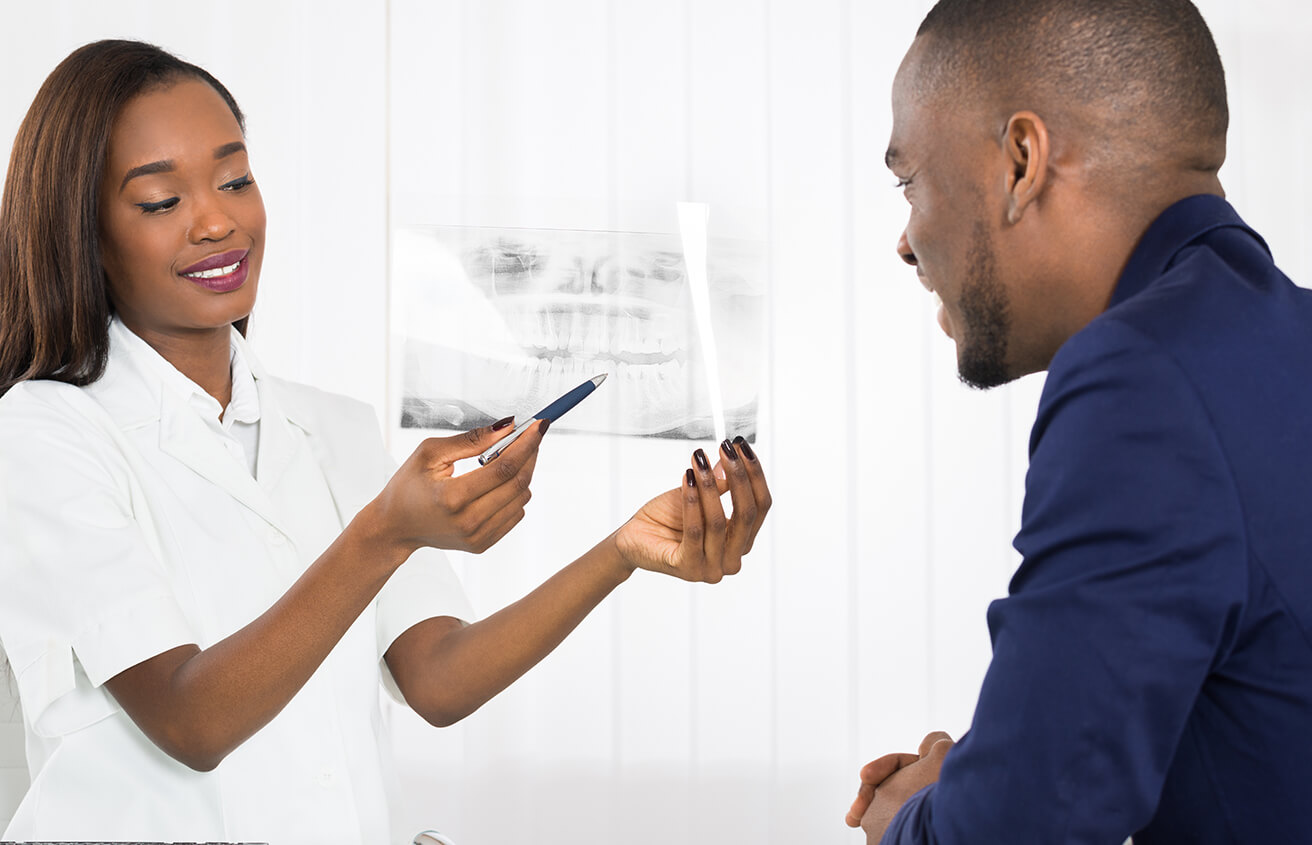 Often, a family trip to the dentist will feature the use of an x-ray camera. The dental hygienists will cover you or your children with a heavy apron and make you chomp on some bitewings, while the camera moves and clicks around you. Of course, the images produced by the x-rays have a purpose: cavities, jawbone degradation, and other oral health issues are made easily visible, allowing the dentist to address these issues directly. However, x-rays are a form of radiation, and some people are concerned with that exposing someone to dental x-rays will cause cancer. These concerns are especially strong for parents taking their children to the dentist.

X-rays are a type of ionizing radiation, and ionizing radiation has been shown to cause cancer. Ionizing radiation, upon passing through the body, strip electrons from the atoms this energy passes. The resulting protons, known as free radicals, then can damage the cells of the body. While these cells return to normal most of the time, on rare occasions the cells will heal with some abnormalities. These abnormal cells, consequently, can grow into cancer. From this alone, people believe that dental x-rays will cause cancer.
However, you’re always exposed to ionizing radiation. On average, your body is exposed to 3.1 millisieverts (mSv) of natural radiation alone per year. At .005 mSv, the radiation you receive from the aforementioned dental x-ray is less than 1.6% of your daily background radiation exposure. You are exposed to the same level of radiation just from sunlight each day. Additionally, each x-ray is an individual dose rather than constant exposure, which is another factor in the cancer risks of radiation exposure. X-rays only increase the odds of dying of cancer by 1 in 2,000; compare this to the natural 1 in 5 chance you have of dying of cancer.
Moreover, there are precautions in place for younger patients to help minimize their exposure. Technically, children do have a higher risk of developing cancer from radiation than adults, so dentists make up for it with stricter safety measures. Lead aprons are almost ubiquitous, but many doctors will also reduce the amount of radiation emitted by the camera when taking x-ray images of pediatric patients. The same precautions can be given to pregnant women, as fetuses are assumed to be just as vulnerable as children. Your children could be receiving special considerations regarding radiation exposure risks already.
Ultimately, the benefits of detecting an oral health issue as early as possible far outweighs the negligible cancer risk. Not only are healthy teeth and gums alone something worth keeping, but many recent studies have shown connections between oral health and overall bodily health as well. Being able to detect and address these issues is paramount to your health and your children’s health. So, the next time your dentist readies the bitewings and camera, don’t be afraid. The benefits are high, the risk is low, and the dentist is likely being extra careful with your children anyways.

Back to Home Page

To my valued patients,

After great deliberation, I have made the decision to close the office effective March 19th. We will continue to see patients this week, but as things continue to change rapidly, that date may change. I care deeply about all of you, as well as my team. In order to keep everyone healthy and safe, we will only be seeing patients on an emergency basis. I will always be available, and you may reach me on my cell phone for any emergency. If we had an appointment scheduled for you, and we haven’t been able to make contact, please call our office to reschedule.

Thank you all for your understanding. We will see you as soon as we can.